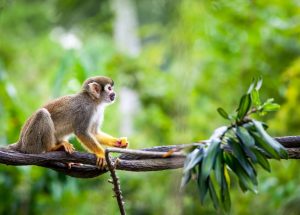 Spend a Fun-Filled Day at the Sacramento Zoo

About twelve minutes from our apartments near Sacramento State is a destination where people become wildly inspired.

We're talking about the Sacramento Zoo, where thousands walk through the gates every year.

It began in 1927 as "the little zoo in the park," and has grown to just over fourteen acres.

The zoo strives to connect everyone with nature and wildlife, and animals include:

Mongoose lemurs are one of only two lemur species that live in the wild outside of Madagascar. While both males and females are grayish-brown with gray muzzles, the color patterns on their faces vary greatly. These animals have a well-developed sense of smell, and one of their favorite foods is nectar.

The charming meerkats have called the zoo home since 2018. Native to southern Africa, they are active animals that live in burrows. Their tails are almost as long as their bodies, and their pointed snouts help them excavate prey from narrow trenches. Meerkats have gregarious personalities and at least ten distinctive vocalizations.

Often mistaken for owls, tawny frogmouths are nocturnal birds that perch still in the trees during the day. Their mottled brown and gray feathers mimic bark coloration, which allows them to blend into their woodland habitat. These birds are stocky with big heads, rounded tails, and heavy beaks. They're found throughout most of mainland Australia where they live off of worms, spiders, and snails.

The Sacramento Zoo is just one of the premier attractions near Academy65. If you are searching for a place to call home, please contact us. We would love to schedule a tour of our community where you can see firsthand all we have to offer.