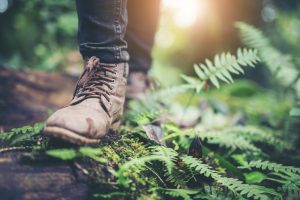 Enjoy the Outdoors at the Effie Yeaw Nature Center

Do you want to spend a fun-filled day outdoors?

Then head to the Effie Yeaw Nature Center.

Just nine miles from our apartments near Sac State, it's dedicated to providing educational and interpretive programs about the natural environment.

Take a stroll along the nature trails where interpretive signs provide information about the American River and its riparian habitats. Towering trees surround the paths, and animals such as wild turkeys may be spotted along the way.

Wander back in time at the Maidu Village. This unique area features a tule shelter, grinding rock, and a fire pit. Informational plaques describe the traditional names and uses of the structures.

The Nisenan Maidu people lived along the American River before the European settlers arrived. The environment provided for their needs and allowed them to live in harmony with nature.

The nature center is home to nearly forty animals that are native to the American River system. They're unable to be released back into the wild as they have been injured or become too accustomed to people. Animals include:

Wek-wek has lived at the center since 2017. She sustained injuries to both wings, affecting her ability to fly. Wek-wek still has her juvenile plumage, and will eventually display blue-gray feathers on top and barred underparts.

Sophia lived in the wild until 2007 when she was hit by a truck. She surprises the center's visitors with her small size. Northern saw-whet owls are identified by their cat-like faces, mottled brown feathers, and whitish facial disks. They make high-pitched bark sounds and also sing a distinctive too-too-too song.

The Effie Yeaw Nature Center is just one of the premier attractions near Academy65. If you're searching for a place to call home, please contact us. We would love for you to see our community firsthand.