Waived App and Admin Fees when you apply today, limited time only! 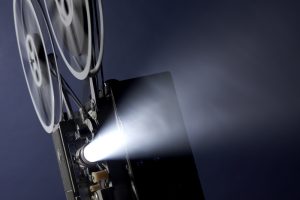 If you would like to watch a silent or independent film, visit one of these theaters around our apartments near Sac State where you'll enjoy a movie-going experience to remember:

Nestled downtown, Crest is a historic theater that opened in 1912 as a vaudeville palace. In 1949, it was remodeled to its current Art Deco design and became the city's premier destination for first-run movies. Today, Crest is the home of the Wild and Scenic Film Festival. This event is North America's largest environmental film festival, and it raises money for Habitat 2020's California Heartland Project. The theater retains its ability to show 35mm film and is where moviegoers can also enjoy foreign and independent films.

Designed in 1915, the Guild Theater is one of the last remaining 20th century movie picture houses for which Oak Park was once known. It features Moorish Revival architecture, reflective of that era. The Guild is now run by a nonprofit organization that revitalizes inner-city communities through economic development. Visitors can watch independent films along with concerts and plays.

A local fixture since 1936, the Auburn State Theatre quickly became known for its elaborate furnishings and incredible sound projection. It originally featured over 1,300 seats, and the first show was "Sunny" starring Marilyn Miller. The theater's mission is to enhance cultural awareness through films, performing arts, and educational programs. Guests can enjoy independent films, and at times, the filmmakers are on hand to discuss the movie.

If you would like to call our apartments near Sacramento State University home, please contact us. Our leasing agents will schedule a personalized tour so you can see firsthand all we have to offer.